Montréal, 12 January 2022 – The Spark Grant Initiative (SGI), run under the auspices of the World Federation of Science Journalists (WFSJ), has selected its first three winning ideas, coming from South America, Africa and Asia, to improve the coverage of sciences in the general media. The SGI, launched and funded by five science journalists’ associations in Europe and the United States, will grant each project with 20,000 US$, the first results of which will be presented at the next World Conference of Science Journalists (WCSJ), in Medellin, Colombia, in late June 2022.

“The jury has been amazed by the high quality of the majority of the proposals submitted. The choice, based on a list of detailed criteria, has been tough to make. We would like to warmly thank all the participating teams for their efforts, and we congratulate the three winners, whose projects are very promising,” said Olivier Dessibourg, chairman of the SGI and president of its jury. The jury of nine experienced science journalists – 5 men and 4 women – skimmed through 37 submissions from all continents. 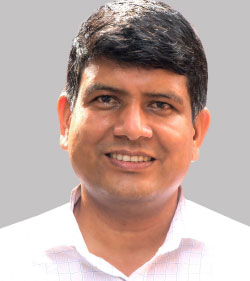 Climate change with its effects in the Himalayan region is the main topic that 8 science journalists from Nepal, India and Bangladesh will discuss in depth in the bootcamp workshops for science journalists proposed by Nepalese science journalist Chhatra Karki. Karki has covered news, feature and stories on climate change, science and technology, environment, health and education. In recent years he was Editor of the NEPAL NEWS Online News Portal. The mutual-learning exercise is meant to help reporters inject scientific evidence in their reporting on climate, and to discuss the challenges faced by working climate journalists, and devise strategies to overcome them through intense discussion debates and critical reflection. A web-based platform will allow journalists to share their stories, feature articles and commentaries on various facets of climate science with each other and with the respective audiences. “This project has been considered as very interesting as, while being original, it is coming from a region that is sometimes forgotten when talking about science journalism needs,” said Dessibourg. 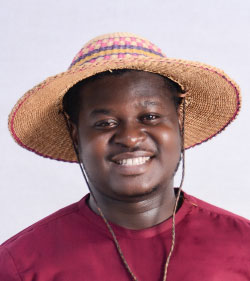 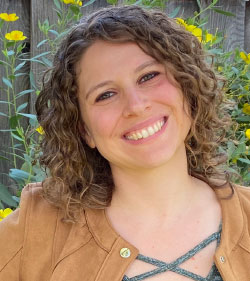 The third grant was assigned to Lindzi Wessel, a bilingual science journalist born and raised in the US and now based in Chile. Wessel has been covering a broad range of subjects, including the intersection of politics and science and sexual harassment in universities. Her stories have appeared in international outlets including Science, Nature, and The Washington Post.

With input from science journalists in Chile, including leadership from the WFSJ-affiliate The Chilean Association of Journalists and Professionals for the Communication of Science (ACHIPEC), Wessel will organize a symposium focused on advancing science journalism training there. The symposium, based in Santiago and designed to attract between 150 and 200 people, will also provide the basis for ongoing actions by documenting expert discussions of best practices, opportunities for universities to provide more science journalism training and making calls to action aimed at various stakeholders. “The Jury thought that this well structured project responded to a need in South America, and might take part in the efforts by the WFSJ to set up regional events and conferences on science journalism under its auspices”, said Olivier Dessibourg, chairman of the Spark Grant Initiative and president of the jury.

The SGI was originally funded with 100,000 US$  dollars provided by the Swiss Association of Science Journalism (SASJ), the French Association des journalistes scientifiques de la presse d’information (AJSPI), and Science Writers in Italy (SWIM), which together organized the WCSJ2019 in Lausanne, Switzerland, as well as the National Association of Science Writers (NASW), and the Council for the Advancement of Science Writing (CASW), both from the United States, which put together the WCSJ2017 in San Francisco. The SGI is managed under the auspices of the World Federation of Science Journalists (WFSJ). “The ambitious goal is to strengthen science journalism locally while also benefitting the worldwide community. We will showcase the first results of the funded projects at the World Conference of Science Journalists WCSJ2022 in Medellín, Colombia,” said Milica Momčilović, president of WFSJ, who is member of the jury. Part of the endowment was put aside for possible follow-ups, and for supporting a new round of funding.

“Each of these projects represents a tangible legacy of the last two editions of the WCSJ,” said WFSJ Executive Director Tim Lougheed. “And just as these conferences serve to strengthen the bonds within our global community, these initiatives will further strengthen the bonds within our member associations. It has been extremely satisfying to have the opportunity of providing support in such a meaningful way. We want to inspire emulators, and we also hope sponsors will come forward and offer to fund these useful grants in the long term”.

NOTE FOR THE EDITORS

The World Conference of Science Journalists (WCSJ, www.wcsj.org) is the biggest global event on science journalism, attracting approximately 1,200 journalists covering science and medical issues, as well as international experts, scientists, and communicators, among others. WCSJ2017 in San Francisco (26–30 October 2017) and WCSJ2019 in Lausanne (1-5 July 2019) both attracted more than 1,300 attendees. WCSJ2022 Medellin will be hosted at the extraordinary venue of the city’s Jardin Botánico de Medellín from June 27 to July 1, 2022, with a virtual experience that begins on June 13.

WFSJ and its partners launch the Spark Grant Initiative

We are pleased to invite members of the WFSJ to build on the success of the last two World Conferences of Science Journalists (WCSJ) through a new initiative from the five associations of science journalists that organized these events.

The Spark Grant Initiative (SGI) will provide funding for work that strengthens science journalism locally while also benefitting the worldwide community. Proposals are now being accepted for projects that enhance the boundaries of science journalism at every level, applying novel approaches, novel tools, knowledge sharing, international cooperation, and ideas with the ability to surprise us all.

On behalf of the entire team that has created the SGI and will be administering it, we are looking forward to reading your contributions. I am excited to have a front-row seat to watch our members exercise their skills and imaginations. I hope we can inspire you to take us out of our comfort zone and into some promising new places! 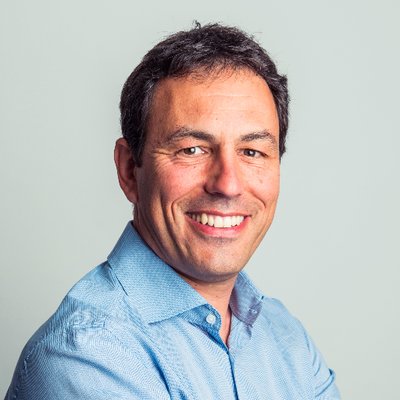 How SGI will work

Individual projects are eligible for grants of up to US$20,000. Funds will be paid out in two separate stages.

Eligible applicants fall into one of these three categories:

In each case applicants must obtain a letter from a designated representative of the relevant member association. This document will state how the association will be involved (or not) in the management and completion of the proposed project.

What are the eligibility criteria?

How are applications submitted?

Send your expression of interest to office@wfsj.org. You will then be sent a form asking for background information about the applicant(s), including curriculum vitae, details about the proposed project, and a letter of confirmation from a representative of the member association that will be linked with this project. All this material is to be completed and returned to the WFSJ by the deadline, Saturday, 30 October 2021, 12 noon Eastern Time (North America). Incomplete applications will not be considered.

Note: Some results from the winning projects should be available by June 2022 for a formal presentation as part of WCSJ2022 in Medellín, Colombia. Representatives of these projects may be invited to the conference, but the SGI program will not necessarily finance their travel there.

How will the projects be reviewed?

A jury of professionals in the fields of science journalism and association management will evaluate each proposal. This group will conduct a thorough deliberation to consider their individual recommendations and establish a consensus around those proposals that best match SGI’s criteria. After winning applications have been chosen, those applicants may be asked to change their original project design to meet SGI criteria. A revised version of those projects must be submitted for a final approval before being launched. In all cases the decision of the jury is final and applicants will have no recourse against any member of the jury with regard to the results.