We believe that science journalism will help make science accountable.

To become a member of the WFSJ, an association applies and is accepted in accordance with the WFSJ bylaws. Applications for membership will be reviewed and decided upon by the WFSJ Board.

More information about joining the WFSJ is available here.

The WFSJ has been an officially registered Canadian charitable organization since 2013 (registration number: 831911748RR0001).

Where your donations go

The vital donations made to the WFSJ make it possible to train journalists in crisis situations, buy equipment, and support journalists in covering stories in which science plays an important role.

A Brief History of the WFSJ

The WFSJ has adapted and grown from its creation, continuing to strive for excellence. Every passing year provides more opportunities for innovation and collaboration within the field of Science Journalism.

The Creation of the WFSJ

The WFSJ was founded in November 2002 at the 3rd World Conference of Science Journalists in São José dos Campos (Brazil) where Canadian science writer and broadcaster Véronique Morin was elected the first president.

In July 2009, Nadia El-Awady from Egypt was elected as the fourth president during the 6th World Conference held in London (United Kingdom).

Curtis Brainard was confirmed as president in June 2015 during the 9th World Conference of Science Journalists in Seoul (Republic of Korea).

Mohammed Yahia was elected at the 10th World Conference (WCSJ2017) in San Francisco (USA) and was in office for two years.

The current president, Milica Momčilović, was elected at the 11th World Conference (WCSJ2019) in Lausanne (Switzerland).

The WFSJ is governed by a nine-member international body with representation from Africa, Asia, Europe, and the Americas. Meet the Board members here. 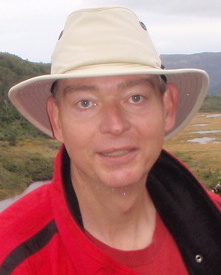 Based in Ontario, Canada, Tim Lougheed began his career with the Sault Star and the Windsor Star, subsequently working as a science writer for Queen’s University in Kingston. He has been a freelance science, technology, and medicine writer since 1991, producing articles that have appeared in Canadian Geographic, University Affairs, Canadian Medical Association Journal, New Scientist, Ensia, Nautilus, Environmental Health Perspectives, among others, as well as Canadian Chemical News, which he has edited for the past four years. Lougheed has also been a member of the Canadian Science Writers’ Association for more than 30 years, serving three terms as its president, most notably during the challenging constitution transition that transformed this organization into the Science Writers and Communicators of Canada in 2016. He has also been involved with the World Federation of Science Journalists for the past two decades, initially as an organizer of the 2004 World Conference of Science Journalists in Montreal and for the past three years as the organization’s treasurer.