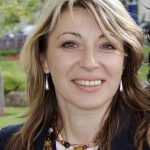 Milica Momčilović has been a science journalist since 2006. She is currently a journalist, editor, and TV anchor for a science and education programme on Radio Television of Serbia (RTS), a public broadcasting service with the widest audience reach in the country, where she covers life sciences, medicine, health, and climate change, among other areas.

Milica is a board member of the Balkan Network of Science Journalists, a regional network of professionals from Balkan countries. She is also the founder and a board member of SFERA, a non-governmental organization devoted to the public promotion of science.

In addition, she is a science correspondent at POLITIKA, the oldest and most influential daily newspaper in Serbia and the Balkans, writing on science, medicine, and health.

Since 2016, Milica has served as editor and anchor of the New Technologies in Education programme, organized in partnership with the British Council in Serbia. This programme aims to raise awareness of the significance of using new technologies in education to help modernize teaching and learning. Previously, she was editor of “Cafe Scientific,” a TV forum for debating science issues, and of FameLab, the world’s leading science communication competition.

Milica’s coverage of international events geared towards science journalists, such as ESOF2014 in Copenhagen, WCSJ2015 in Seoul, WSF2015 in Budapest, ECCO2015 in Vienna, ESOF2016 in Manchester, ECSJ2017 in Copenhagen, and WCSJ2017 in San Francisco, have equipped her with considerable experience and deep knowledge of scientific issues and challenges both regionally and internationally. 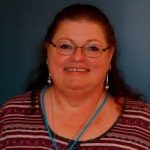 Mandi Smallhorne has been a freelance journalist in South Africa for over 20 years, focusing on health, social issues (human and gender rights), the environment and climate change, the food system, and agriculture. She is also the presenter of workshops on science journalism, health journalism, and reporting on biodiversity.

As a freelance journalist, Mandi has written for a range of outlets, such as earthworks magazine, City Press, and the Mail & Guardian newspaper. She is the editor of PhysioSA, the official magazine of the SA Society of Physiotherapy, and was for several years a weekly columnist for Fin24.

Mandi has worked on training projects with the South African Agency for Science and Technology Advancement. She was also involved in research and reporting for major projects, such as a book on the Fostering Local Wellbeing project in South Africa (www.flowafrica.org), and a large funding proposal by Mozambique to the World Bank. She has written three young adult educational books on health, extreme weather, and alternative energy.

Born and raised in South Africa, she lives in Johannesburg with her husband, four dogs, and a cat, and writes (unpublished) apocalyptic fiction in her spare time. 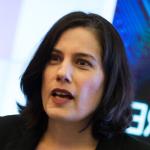 Dr Sunny Bains is a scientist, journalist, editor, expert in technical communication, and author of “Explaining the Future: How to Research, Analyze, and Report on Emerging Technologies” (Oxford University Press, 2019). She currently teaches at UCL Engineering, where she has developed a programme to teach technical argument, writing, presentation, and professional skills to undergraduates and postgraduates across the faculty. She is the founder and editorial director of Engineering Inspiration (ENGins), and runs a small company – Form & Content Media – that specializes in creating and curating readable content about science and technology.

For more than two decades, Sunny’s main focus was tech journalism. During this period, she wrote for magazines including The Economist, Science, New Scientist, EE Times, Laser Focus World, and Wired. At the same time, she was busy launching and editing publications, starting with Holographics International Magazine in the late 1980s. At SPIE (The International Society for Optics and Photonics) she founded several titles, including Optical Computing and Robotics and Machine Perception. Then, through Form & Content Media, she helped create projects including SPIE Newsroom, The Neuromorphic Engineer, SPE Plastics Research Online, and The Briefing.

At UCL Engineering, and previously at UC Berkeley Engineering, she has founded and taught one of the world’s only modules specifically focused on tech rather than science journalism. She also teaches scientists and engineers how to write and present technical arguments.

She is currently on the executive board of the Association of British Science Writers as well as the WFSJ, and is a Senior Fellow of the Higher Education Academy. 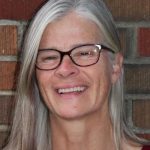 Sharon Oosthoek is a Toronto-based freelancer with more than 20 years’ experience writing for daily newspapers, magazines, online news services, and non-governmental organizations. Her work has appeared in New Scientist, Canadian Geographic, Maclean’s, The Globe and Mail, cbc.ca, and Chemical & Engineering News. She is also contributing writer with Detroit Public Television’s Great Lakes bureau, Great Lakes Now, and Science News for Students. Sharon is an alumnae of the Institute for Journalism and Natural Resources, has served as a board member of the Society of Environmental Journalists, and is a member of the Science Writers and Communicators of Canada. She has won various journalism awards, most recently a 2019 American Academy for the Advancement of Science Kavli Science Journalism Award for children’s science writing. 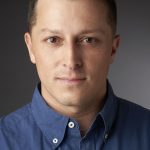 In the past, Federico oversaw the science section of several Argentinian newspapers, and also produced science TV shows for the Discovery Channel, Tecnópolis TV, and NatGeo Latin America. Federico is the author of two books: “All You Need to Know about Science” and “The Bathrooms Weren’t Always Like This.” Currently, he is working on a book about the cultural history of smells.

In 2015, he was a Knight Science Journalism Fellow at MIT. The fellowship allowed him to specialize in the history of science and STS (science and technology studies) at MIT and Harvard University.

In 2017, he was selected by the Konex Foundation as one of the best 100 journalists in Argentina of the past decade. At WCSJ2017 he was a session speaker at two sessions and an organizer of the session titled “Land of The Giants: South American Dinosaurs and Antarctic Secrets.”

Federico is a member of the Argentinian Network of Science Journalism (RADPC) and was recently elected WFSJ executive board member. In 2014, he was the winner of a Kavli Prize Scholarship. 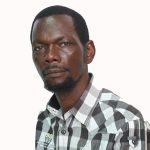 Ochieng started out in journalism in 1996 at The East African Standard, one of the two leading media outlets in Kenya and with a large readership in East Africa as well. At The Standard he worked at the news desk, which involved reporting on various items, including breaking news stories based on assignments and his own initiatives.

Thereafter, he moved to the investigative desk as one of the few writers for the then widely read investigative pull-out called The Big Issue. He covered politics and wrote on human interest issues, personality profiles, entertainment, transport, science, and maritime matters, among others. He also wrote commentaries and analysis on major issues.

Ochieng has attended and covered many events in different parts of the world, such as the West Africa Science Journalists Conference (WASJC), the United Nations Economic Commission for Africa, and the Uppsala Health Summit, which have allowed him to gain a thorough understanding of many issues in science journalism. They have also equipped him with a valuable skill set.

He has been a frequent speaker at various sessions at the WCSJ. In addition, he is a participant and trainer in workshops and meetings on subjects ranging from strengthening health systems in Africa to reporting on GM crops in Africa and Asia.

His milestones include winning the 2008 Reuters/IUCN Media Award for Excellence in Environmental Reporting for English-Speaking Africa and the Middle East. In 2007, he was the founding chairperson of the Kenya Environment and Science Journalists Association (KENSJA).

Ochieng is also the founding chairperson of the East African Network of Science Journalists (EANSJ) and a member of the Geneva-based Media21 Global Journalism Network.

Bouchra Ouatik has been a journalist for seven years. Currently, she is a journalist for the science television programme “Découverte” with the French-language public broadcaster Radio-Canada. Until now, she has mainly focused on science journalism, contributing to television and radio programmes, as well as writing for magazines. As a journalist, Bouchra has a strong interest in covering social issues from a scientific perspective.

Bouchra has been a recipient of several journalism awards and bursaries, including one from the Public Media Alliance, the largest global association of public broadcasters. In 2017, she was a member of the Quebec delegation to the Assises internationales du journalisme in Tours, France. She is also an active member of the Fédération professionnelle des journalistes du Québec (FPJQ).

Bouchra has been a member of the WFSJ since 2017. 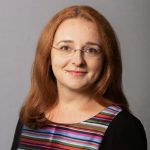 Andrada Fiscutean is a freelance science and technology journalist based in Bucharest, Romania. She has written about Eastern European hackers, journalists attacked with malware, and scientists in developing countries. Her work has been featured in Nature, Ars Technica, Wired, Vice Motherboard, ZDNet, CSO, and the Romanian media.

Andrada has more than 20 years of experience working in radio. As editor-in-chief of ProFM, one of Romania’s largest radio networks, she assembled a team of journalists to cover local news in more than 30 towns. She also hosted a weekly one-hour show on science and technology at DigiFM Radio.

She has received several awards and fellowships and was among the professionals selected to participate in the Knight Science Journalism Program at MIT in 2019.

Andrada serves as a board member of the Balkan Network of Science Journalists, a group that brings together journalism professionals from the Balkan countries. 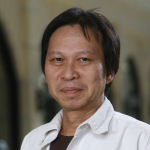 In partnership with RuaiTV, he developed a mobile phone citizen journalism model for grass-roots community members to empower them in defending their rights to forests and lands in West Kalimantan. In 2013, he received the Communication for Social Change Award from the Centre for Communication and Social Change, University of Queensland, for his work in West Kalimantan. 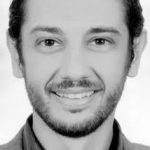 Mohammed Yahia has been a science journalist for more than 10 years. For the past seven years, he has been working with Nature Research – Middle East, part of Springer Nature, where he launched the Nature Middle East regional portal focusing on science and science-related news from the Arab world. He now works with the editorial teams of all Springer Nature publications in the Middle East and Africa, including Nature Arabic Edition and For Science, the Arabic version of Scientific American.

Mohammed was one of the founders of the Arab Science Journalists Association (ASJA) and has worked closely with the association to promote science journalism in the region. He is currently vice-president of the ASJA.

Since the start of his career in science journalism, he has been closely involved in the activities of the WFSJ. He was one of the organizers of WCSJ2011 in Doha, Qatar. He put together the conference’s website and also managed the team doing the news coverage during the event. He was also closely involved with SjCOOP and held several training sessions during those meetings.

Mohammed is very committed to the message of the WFSJ and will be fully committed to working with his fellow board members to promote the efforts of the federation. He believes that this is a time of change for science journalism in general and that the WFSJ needs to evolve to continue supplying the different needs of science journalists around the world.