Mark a mathematical milestone — in person

The Norwegian Academy of Science and Letters is offering scholarships to science journalists with an interest in mathematics, who will be invited to take part in the presentation of this year’s Abel Prize in Oslo, Norway. Two scholarship recipients will have the opportunity to attend several days’ worth of events, including keynote presentations, a gala banquet, and the official presentation of the award by the King, as well as a chance to interview some of the world’s leading mathematicians.

If you would like to be considered for one of these scholarships, please send a letter of interest to office@wfsj.org by Tuesday 25 April 2022. In 750 words or less, tell us about your experience in reporting on mathematics and what you would do to take advantage of this unique prospect. Submissions will be reviewed by a WFSJ committee to select the best candidates for this honour.

Norway’s prestigious Abel Prize honours the world’s finest contributions to mathematics. This year it is being presented to Dennis Parnell Sullivan of the Graduate School and University Center of the City University of New York, USA. The award citation refers to his ground-breaking contributions in several diverse aspects of topology, the branch of mathematics that considers the fundamental nature of shapes.

The Prize’s roots go back to 1899, when Norwegian mathematician Sophus Lie voiced his disappointment that the newly created Nobel Prizes did not include one for mathematics. The King of what was then a united Sweden and Norway was prepared to fund such an award, but those plans were thwarted when the two countries separated in 1905. Finally, in 2002 the Norwegian government established the prize, which is named after the country’s pioneering 19th-century mathematician Niels Henrik Abel and includes a monetary award now worth around US$1 million. The Norwegian Academy of Science and Letters administered the annual selection, which is conducted by a committee of the world’s leading mathematicians. 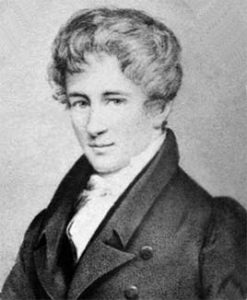 Niels Henrik Abel (1802–1829) was a Norwegian mathematician who made pioneering contributions in a variety of fields. His most famous single result is the first complete proof demonstrating the impossibility of solving the general quintic equation in radicals. This question was one of the outstanding open problems of his day, and had been unresolved for more than 250 years.

Standing together in solidarity

The latest news about science journalists from around the world – 2022