The Bosnian-Herzegovinian American Academy of Arts and Sciences (BHAAAS) joined Mediacentar Sarajevo and the Open Society Fund BiH to host an conference about the importance of scientific journalism. This on-line event, which ran from 13-15 July, brought together journalists and scientists — many of them members of the Balkan Network of Scientific Journalists — who shared their insights through a series of webinars, panel discussions and workshops.

The Balkan Network of Scientific Journalists brings together scientific, writers and communicators from across South-East Europe, or the Balkans, including: Albania, Bosnia & Herzegovina, Bulgaria, Croatia, Greece, Macedonia, Montenegro, Romania, Serbia, Slovenia, Turkey, and anyone interested in promoting quality science in the media in the region. The aim is to allow professionals to network and exchange ideas, knowledge, skills and opportunities, all with the aim of striving for ever better coverage of science and research issues in the region’s media.

“The conference accomplished several important goals,” said Ljiljana Đukanović, on behalf of BHAAAS. “Most importantly, as first of its kind in Bosnia and Herzegovina, the conference offered unique and rich content to its many attendees. In a country where science journalism is greatly underdeveloped and science reporting frequently inadequate, the conference brought to journalists’, editors’ and wider public’s attention the importance of science journalism.”

She added that an important conclusion to emerge from the proceedings was the need for editors to support the science journalists. “I hope to see in the near future editors of the mainstream media in Bosnia and Herzegovina giving more space and support for science and science journalists“, she said.

Presenters included WFSJ President Milica Momčilović [see related interview below], Serbian National Geographic Editor-in-Chief Igor Rill, Renata Dacinger, host and editor of the science show ‘Let’s Bite Science’ on Radio Television of Slovenia, and Mićo Tatalović, news editor of the Research Professional News portal. They covered topics such as how to create a popular science program for radio or television, fact-checking, and crafting stories to appeal to a wider audience. The conference also tackled challenges such as covering controversial matters in science, avoiding sensationalism, and dealing with statistics.

“Science and the love of reason and truth have brought us all together,” observed Rill. “All the experiences shared at this conference are more than valuable. In sailing towards a better world and a progressive society, all of us who sail on the ship of reason, truth, science — disturbed by tabloid storms and storms of pseudo-scientific disinformation — stick together to keep the ship afloat and keep it from sinking. This conference was a good wind in the sails that makes that sailing better and possible. The next one will, I’m sure, be a safe haven.” 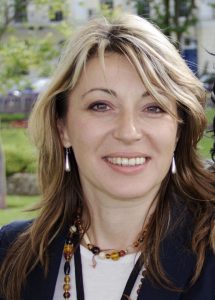 Science journalism: A remedy for lack of reliable trustworthy information in the media?

WFSJ President Milica Momcilovic spoke recently with the South East European Network for Profession­alization of Media (SEENPM), a network of 19 media centres and institutes across 13 countries of Central and South Eastern Europe.

SEENPM promotes excellence in journalism through policy initiatives, research and training. It also defends freedom of the press, supports the development of independent media and journalism professional standards, and strengthens relations among journalists.

Since its establishment in February 2000, SEENPM has conducted a wide range of media research and analysis projects often followed by advocacy initiatives. In addition, the network and its members have provided training and reporting opportunities to numerous media professionals. SEENPM conducted this Q&A with Momcilovic afer her presentation in a media literacy webinar, part of the “Media for Citizens – Citizens for Media” project in the Western Balkans.

What is science journalism and why is it important?

Science journalism conveys reporting about science to the public. The aim of a science journalist is to give very detailed, specific, jargon-laden scientific information into a form that general public can understand and appreciate while still communicating it all starts with curiosity about science and an interest in the craft of journalism. And despite these obvious affiliations with science journalists take the traditional watchdog role seriously. Scientific research, new technologies, environment and climate these aren’t just science stories. They play a major role in key political, economic, cultural and social policy discussions, as dialogue. Science issues are especially important to cover nowadays.

What paths to becoming a science journalist are available to reporters in the Western Balkans?

Many science journalists are drawn to the field by their own passion for science and increasingly are informed by their own experience in science. Science journalists often have training in the scientific disciplines that they cover. However, good preparation interviews and even deceptively simple questions such as “What does this mean to the people on the street?” can often help journalist develop material that is useful for the intended audience. It’s simple – if you don’t understand something, it’s likely the public won’t either.

Science journalists face an increasing need to convey factually correct information through storytelling techniques in order the rational and emotional side of their audiences, the latter of which to some extent ensuring that the information uptake Nowadays they are finding new ways to train, learn from, and collaborate with others mostly through the

Journalists are part of a multinational network dedicated to improving the calibre of science journalism through a wide variety of workshops to conferences to mentorship programmes — with partners that include universities, governments, and NGOs and regional associations such as the Balkan Network of Science Journalists, a group of professionals from Balkan countries.

More specifically, this network provides professional development opportunities in the form of on-line courses and live workshops where journalists can share their experiences and skills. Working alone as individuals, together in self-organized groups, and in broader capacities as members of professional societies, science journalists have been able to shore up their traditional knowledge, link generations, fund reporting projects and awards, and re-create the valuable community of practice once inherent in newsroom culture. Above all, though, it remains important simply to be open to learning.

How can newsrooms quickly improve their reporting on issues related to scientific enquiry while at the same time top reporters to specialize in science journalism? Any examples of good practice in the region or beyond?

Science journalists today live with a central irony: they have helped usher in a golden age in their field, although that field may not include the same verifiable information that they have always produced. Their work now competes within a vastly expanded universe that includes irresponsible click-bait content and intentional misinformation that are undermining trust in legitimate science journalism. Emphasis often falls on how news is reported, not on what news is reported. Issues take on importance because of that media attention, not because they are intrinsically more relevant in terms of the advancement of scientific or social priorities.

At the same time, traditional career ladders in journalism have collapsed, along with the on-the-job training that went with them. And the new generation science journalists must confront the challenges of learning both traditional journalism practice and the ever-expanding slate of information distribution platforms. There is no simple solution for general improvement, but there should be more science stories published daily and a permanent position for science editors as well as science journalists in newsrooms everywhere.

As for examples of good practice in the region: from Bosnia and Hercegovina, there is Quantum of Science by Jelena Kalinic and science journalists on VOA; from Croatia Tanja Rudež works as a science journalist for Jutranji List and Nenad Jarić Dauenhauer is a science journalist reporting on science, technology, medicine and connected policies for index.hr; from Montenegro, Ana Komatina has been covering health for Vjesti.

Beyond the Balkans, in USA there is Carl Zimmer, a popular science writer who specializes in the topics of evolution, parasites, and heredity. In Canada there is Helen Branswell, a senior writer at STAT covering infectious diseases and global health. And in Germany there is Kai Kupferschmidt, a contributing correspondent for Science who also writes about infectious diseases as well as food science, evolution and science policy.

From numbers to knowledge

Meet the recipients of the Kavli Prize week travel grants