In 2012, the Media for Environment, Science, Health and Agriculture in Kenya (MESHA) decided to formalize their science journalism mentorship program. Six years later, the program has become a vibrant network of highly motivated journalists. Three of the 30 graduates share their impressions on this important initiative.

The mentoring program is a sharing experience that incorporates all aspects of science reporting including reinforcing confidence in young science journalists. The mentees are connected to experienced science journalists. At the end of the program, they walk away with specialized skills, such as accessing information from scientific journals as well as other essential components of science journalism that include using authoritative information sources, maneuvering through the common challenges that the profession presents, etc. Usually, the mentorship takes between 6 to 12 months. Sometimes, mentors and mentees continue their relationship long after the official engagement has ended.

In the words of, Aghan Daniel, the mentorship coordinator and secretary to the association, “The mentorship program has not been a walk in the park but a big thank you goes out to all the mentors. They have given MESHA a fantastic program to showcase and make success look so easy.” 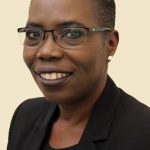 When I concluded my Master of Arts (2015) in – Media Studies, Communication and Public Relations – University of Leicester, I decided to specialize in Science Communication. I enrolled with MESHA and the mentoring program gave me invaluable support and opportunity to explore and generate my own ideas.

However, we take it for granted that when one graduates from the University, then you become a master of your own trade. This is not the case. One needs expert advice from external credible sources that would see you grow in your career to make positive contributions to the society. I am so indebted to the Media Environment Science and Health Association (MESHA), Nairobi, Kenya who provided the mentorship in Science Communication.

The first one-on-one meeting I had with my mentor was an eye-opener. I learnt that journalism was more than reporting science stories but also engage experts and build sustainable business relationships for effective communications. To achieve this, I connected with my mentors three times in a month and this platform made me realize that I had to push myself, stay on track and adhere to the programme. As I progressed, my confidence and ability to perform increased. My network within the East and Southern Africa broadened and I interacted with scientists, journalists and editors at different forums within the region. I benefited from the support from the experienced staff at MESHA in print and electronic media. Today I am an advocate of science, technology and innovation in Zambia. ‘It is a dream come true’.

The platform I had during my mentorship made me see beyond news reporting but get involved in coordinating the scientists through science communication.

For example, I learnt that not all scientists free to speak to the media because they believe that there is biased media coverage such that they would be misquoted. This is one of the reasons that I developed a concept to promote science, technology and innovation to encourage them to demystify science and take media as partners in development so that the communities could appreciate the benefits of science in their livelihood. 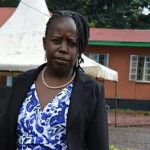 Two years after I completed my mentorship, my mentor, John Mwendwa and I have kept in touch and we communicate regularly, he calls to find out how I am progressing with my career. Particularly he tries to find out if at all I face any challenges at work and in cases when I do, he tries to give a solution. In fact, he has continued to mentor me even beyond the mentorship as he still guides me in my work. Recently, he engaged me to publicize on Twitter, a youth workshop organized by the European Union at the Coast of Kenya where the topic of discussion was on how to avoid drugs and get involved in entrepreneurship to uplift their lives. It was a worthy engagement online and the feedback was good. I was glad he chose me for the assignment. 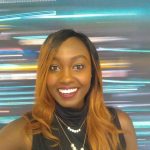 I have really come a long way since the mentorship program. Certainly, I cannot put it all into words at one go. My professional growth has been great. I’m however concerned that I keep getting short-term jobs which are throwing me off balance. I am working towards nailing a long-term job so I can finally settle and dedicate myself to a certain role and open to advise on this matter.

My mentor, Mr. Cosmas Butunyi, has been tremendously helpful. He has been there for me. He has continued to be there for me even when it comes to applications for scholarships and fellowships. I have also pursued PR and he is mentoring me in that area as well.

Overall, I have this to say, Thank you Aghan for believing in me and for the opportunity. The mentorship program really pushed me up the ladder. In fact, I am now running my own Public Relations, Branding and Communication Consultancy and very much open to being a mentor in the next season. Or even a speaker at one of MESHA’s conferences!It is indeed refreshing to note that during the mentorship, I picked some key elements that still support my work to date including the aspect of writing for one’s audience. Though my job roles since the mentorship have been more branding, PR and social media oriented and not so much Science Journalism, audience segmentation has helped me tailor my work to suit the needs of the company’s stakeholders and thus elevate the organization’s brand.

Ms. Mwangi is a freelance journalist