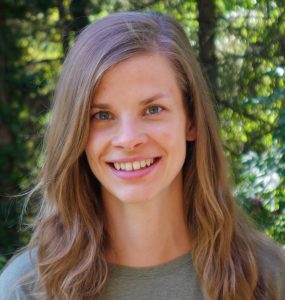 The International Institute for Applied Systems Analysis (IIASA), an independent, international research institute with member organizations on five continents, provides professional development opportunities for science writers from around the world. Founded in Vienna, Austria in 1972 as a means of promoting East-West relations during the Cold War, IIASA has continued to evolve as a forum for promoting dialogue to deal with the even greater challenges of the 21st century.

Each year IIASA offers science communication fellowships to individuals who will be embedded in all aspects of IIASA’s communication strategies and be invited to interact with its broad range of researchers, who explore topics ranging from climate change and energy security to global demographics and sustainable development.

One of this year’s fellows is Fanni Szakal, who explains how she migrated from an academic pursuit of science to the much more ambitious effort to share that pursuit with the world.

Growing up, I was a science and wildlife nerd by every definition of the word. Like any other little girl, I loved dogs and horses — but already with a mind of a scientist, I wanted to know how they were bred and how to distinguish them. Probably not like any other little girl, I also loved lizards, snakes, and all their slimy relatives, so I memorized the Latin names of all the reptile and amphibian species in the region.

I dreamed of becoming an explorer— the hours spent watching nature programs on TV got me wanting to jump on giant crocodiles and catch venomous snakes. The most prized gift that I received as a child was a reusable water bottle that you could attach to your belt. For some reason, I was convinced that the essential equipment for explorers consisted of a lighter, a pocketknife, and a water bottle, and the latter was all I needed to finally complete the set. As if, this was the only obstacle standing between me and becoming a National Geographic explorer.

I read stories by famous science journalists and explorers, but for a long time, the path to becoming one of them hasn’t gotten any clearer than a child’s dream of a water bottle. As a natural choice after high school, I started a BSc in Biology at the University of Edinburgh in Scotland, moving abroad at the age of 18. For the coming years, my career plans were overtaken by the excitement of moving around and discovering new countries, which had become a bit of an addiction. Through study-abroad programs, scholarships, and other opportunities, I lived in Sweden, Germany, New Zealand, and the Netherlands, where I completed my MSc in Freshwater and Marine Biology.

I was a good student, and certain aspects of scientific research captivated me — creative thinking, discovering something that nobody has ever known before, and of course, the unforgettable experiences during fieldwork, like seeing the deepest diving mammal emerge just beneath the research boat. In reality, those moments were few and far between the monotony and the bureaucracy which I had trouble adjusting to.

I wanted to tell people about my research, and with the enthusiasm and naivety that young people have, I was eager to make a difference. Rather than dedicating long years trying to figure out a minuscule part of the scientific puzzle, I realized that I love delving into a topic for a few weeks or months at a time, and moving on to something completely different, but equally exciting thereafter.

After finishing my Master’s, I explored careers outside of academia and started learning about science writing as a career. I immediately realized that it was this eclectic mix of science, art, and discovery that I have been looking for. Despite my enthusiasm, my first attempts as a science writer resembled a newborn deer learning to walk, stumbling, and falling every few minutes. Little by little, I did find my way and ended up writing stories for outlets such as Eos, Ensia, and Hakai.

In the summer of 2021, I became a Science Communication Fellow at the International Institute for Applied Systems Analysis (IIASA) in Vienna. The fellowship was instrumental in honing my craft in science writing through opportunities to participate in all aspects of the institute’s science communication program. I wrote for the blog, made videos, managed social media, and authored articles for Options, the institute’s biannual magazine. Research at IIASA focuses on global environmental, economic, technological, and social issues with the primary aim of affecting policy, which is why working there has made me feel like I was supporting positive change.

Since the summer fellowship ended, I continue to work at IIASA part-time, and I am focusing on exploring science journalism deeper as a freelancer in the rest of my time. I love figuring out the angle for a story and I also enjoy that through journalism, sometimes I am able to step out of the scientist bubble and see how local people feel about a certain issue. It also gives me the thrill of discovery and exploration, coupled with the pleasure of occasionally being able to put together a particularly satisfying sentence. I’m still at the beginning of this career and I am not sure where I will end up, but when I set out to report a story, I feel like I’ve strapped my water bottle to my belt.

From Bermuda's reefs to the Austrian Alps