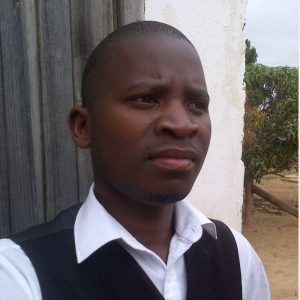 Earlier this year the World Federation of Science Journalists announced the winners of the first round of Louise Behan Reporting Grants, an initiative to support science journalists in the Global South working on stories of importance in a particular country or region. These awards, worth US$750 each, are the latest outgrowth of the WFSJ’s longstanding activities to train journalists around the world.

Among the winners was Malawi-based science journalist Leonard Masauli, who used his grant to report on the parasitic disease schistosomiasis is spread in Africa by snails.

The prevalence of this ailment is usually limited by turtles that feed on the snails, but this balance has been upset by extensive hunting of turtles for food as well as their uncontrolled export by tourists and other smugglers, which has endangered their population in the southeastern part of the continent. Leonard examined the impact of the turtles’ declining numbers on human health as snails thrive and schistosomiasis becomes more widespread. His findings recently appeared in The Nation. The WFSJ invites our membership to read his outstanding reporting and asked Leonard to reflect on the process that led up to it.

What was the story that you were so passionate to tell?

The issue of turtles being butchered in Malawi is not new. However, the war has been a deep secret for many years. I took time trying to study on them; what they eat, how they bred and of what importance they can be to human life. This is when I learned turtles feed on snails which are linked to spread schistosomiasis. To this, I thought to do a story to highlight on the secret poaching of the turtles and try to demonstrate how nurturing them could help to save millions of monies spent to procure medicine to cure schistosomiasis and prompt Government for more action. Today I am happy to have finally reported this story which also is being translated in local language (Chichewa) to increase understanding for the local citizenry.

What challenges did you have to overcome so that you could tell this story?

Covid-19 was the most challenge towards implementation of my story project as traveling could somehow be restrictive. Again, getting hold of the government officials to give their voice to the story really took time as others were reportedly on quarantine and could not respond to my questionnaire; I had no other choice but to wait for them to respond.

Secondly, getting the community members to speak was a great challenge as others could think I was a spy trying to get them arrested at some point if they give out information regarding to the turtles. I really thank the Louise Behan Reporting Grant program for the financial support, as I could not have managed to carry the story on my own looking at the distances I was to travel.

What insights or surprises did you have while pursuing this story?

The community could not believe the turtles could be of such importance especially the connection of reducing the spread of snails that transmit bilharzia disease. But the most exciting thing is that the community is demanding media awareness campaigns to educate themselves on the importance of nurturing turtles and the benefits that will have to the community. Furthermore, I have also discovered that even Pangolins are also highly butchered.

What advice would you give to other science writers who have a story that inspires them?

I advise science writers to remain focused and dig deep to real issues that affect the community both negatively and positively. Science inspires! We can both use science to inspire a change in our communities.

My final request is for science reporting training, so that we can further deepen our knowledge on approaches to reporting issues of science that affects communities.

From Bermuda's reefs to the Austrian Alps