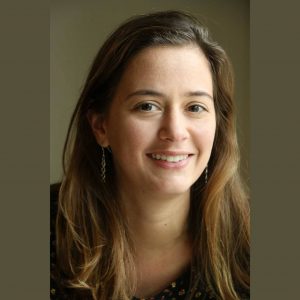 Earlier this year the World Federation of Science Journalists announced the winners of the first round of Louise Behan Reporting Grants, an initiative to support science journalists in the Global South working on stories of importance in a particular country or region. These awards, worth US$750 each, are the latest outgrowth of the WFSJ’s longstanding activities to train journalists around the world.

Brazilian science journalist Sofia Moutinho was among this year’s winners. As an environmental reporter familiar with the remarkable biodiversity of her country, she was eager to report on an invasive species from Asia could disrupt this robust ecosystem. The invader is a tiny mollusk called the golden mussel, which is now spreading through South American freshwater systems at a pace that has alarmed local authorities. Her Louise Behan Reporting Grant enabled Sofia to conduct the field research necessary to understand the implications of this problem and the results of her work have just appeared in the authoritative journal Science.The WFSJ invites our membership to read her remarkable account and asked Sofia to reflect on the process that led up to it.

What was the story that you were so passionate to tell?

The story was about an invasive species advancing in Brazil and how scientists are trying to control it while the government has been doing too little. The golden mussel species arrived from China to South American rivers in the late ’90s, hidden in the ballast water from ships. The species has quickly spread since then and is getting close to the Amazon basin, threatening one of the richest biodiversity hotspots in the world. The invader multiplies fast, forming tick reef-like structures and sucks all nutrients from the water.  Its presence destroys local aquatic ecosystems, changing the water quality and wiping out native species.

Besides that, the infestation has also been a massive problem for hydroelectric power plants, clogging pipes and endangering energy production. I first heard about this species a few years ago, but the idea of writing about it came to me more recently when I was messaging an old high school friend who now works as a geneticist. She told me her lab was trying to create a modified mussel using the “genetic scissors” Crispr-Cas 9 as a way to control the invader. I got curious and started reading more about the subject and contacting other researchers. That is when I learned that the invader is now very close to the Amazon and that the government’s current and vague plans to control the invasion are not being followed.

It became very evident to me that this was an important story. And the importance got even more clear to me when during the reporting, I learned from a researcher that one mussel was just detected for the first time in an Amazonian river this July. Even though the detection doesn’t necessarily mean that the species is already established in the region, it shows how imminent the invasion is.

What challenges did you have to overcome so that you could tell this story?

Traveling to infested areas was one of the main challenges, as most rivers are in somewhat remote locations in the countryside and far from the big cities. But I managed to do that using the grant and counting on researchers who agreed to take me to the field.

Another difficulty was to get access to a hydropower plant infested by the mussel because most companies don’t want to bring attention to this problem, fearing bad PR. I could do that thanks to a researcher who had been researching for a long time in a hydropower plant. He put me in contact with the right people to have access. But one of the main challenges I did not overcome after all: to get the government and the environmental agency officials to talk with me.

The current Brazilian government has been known for its policies of “developing” the Amazon and other biomes instead of protecting them. Deforestation has reached record numbers in Brazil under the current administration, and our last environment minister himself had spoken openly about using the pandemic as a distraction to “run the cattle herd” through the Amazon. Conservation and environmental protection are not a government priority.

All my official interviews requests to the environment ministry and the environment agency went unanswered in this scenario. The agency is underfunded and controlled by political appointees from the president. I have learned from off-the-record sources that employees have a silent rule of not talking to the press about anything. It was sad not to have the government answer about the problem, especially because it shows so clearly that this is not viewed as a priority.

What insights or surprises did you have while pursuing this story?

I don’t know if this was surprising, but during all my reporting, I was struck by hearing researchers telling me how frustrated they are that not enough is being done to solve this problem. There was a general tone of hopeless in most of them when I asked about the future.

The bottom line is that there is not enough funding for research from the government and not enough funding or political will to come up with national policies or strategies to control the invasion. Scientists seem to be the only ones caring about the problem, and they are doing what they can by mainly relying on funds from private companies. But those obviously have an agenda that is more of solving their business problems related to the mussel invasion than caring about the larger-scale environmental impact of the invasion.

What advice would you give to other science writers who have a story that inspires them?

Strengthening the reporting while looking for funds and a publication is a good way to go. I would tell them to keep reporting and poking around if they believe in their story.