Terrorism, dictatorship, corruption and global warming contribute to an increase in migration leading to people fleeing their homelands. Among those refugees are many journalists. How does German journalism deal with this? The article below is about successful initiatives to integrate journalist refugees in Munich, Germany.

Germany has not only become the main destination for refugees from Africa and the Middle East, but it also has a large number of journalists among them. The German Section of Reporters Without Borders supported just in the first half of 2015 almost 100 refugees with journalistic backgrounds. And thanks to an initiative of the “Süddeutsche Zeitung”, one of the largest German newspapers, some of the journalist refugees have found new jobs. They regularly report in the printed and online press on their impressions in their new Bavarian homeland, which has, even for some locals and especially for Germans from the North, very special customs.

The African or Arab point of view provides, for some, highly informative and insightful articles on Bavarian and German culture with perspectives and twists Germans would have never thought of. As a result, these contributions enrich the reflection about ourselves and how we could adjust more smoothly to a globalized world.

For example, our holiday practices which can be quite stressful because we all are taking out to the autobahns at the same time and consequently jamming them leading to even more stress. It is not really living up to the image of the “German Machine” people abroad know us for or our natural desire for perfect planning. I talked once with an African whose family never went on vacation. His father would say that “Death is the most convenient vacation.” This may very well be true and seeing it that way is very funny.

I also met with a Syrian refugee who had a very hard time learning German. He raised the question whether Germans should also attend German language classes. Because when he came to Hannover, in the Northern part of Germany, he asked in a bakery for a pretzel (“Brez’n” in Bavarian). The shopkeeper didn’t understand him and he was asked whether a pretzel was the term for some kind of Arab specialty.

We could also have reflections on freedom. We can oppose the habit of Munich residents to strip down in summer and move around naked alongside the Isar River. With as a result that a famous singer from Afghanistan performed in a sexy outfit in Paris, and whose wardrobe had to be burnt afterward to appease the guardians of the Islamic moral.

And what about the fact that you almost need a master degree to understand Munich’s extremely complicated public transport system? A Ugandan journalist commented that “only the nerd who thought it up understands it.” She pointed at the many immigrants who get fined for using the system wrongly. A consequence could be that it could jeopardize their asylum application. She asked me why in German these people are called “black riders.” It could be with reason perceived as discriminatory. So, the ones with a valid ticket should be called “white riders,” she asked. In another article, the same journalist praised the abundance of no barrier facilities in Munich for people with disabilities and wonders why in her country these people are treated like “garbage.”

These kinds of observations are published every Friday in the “Süddeutsche Zeitung” and are highly enlightening much more so than some scientific pieces about cultural differences and clashes. They are also much more educational.

So, could these articles, written for the City Desk, be qualified as science? I personally would think so. Recently, a special scholarship program at German Bosch Foundation to train approx. 100 German science journalists raised the question that if science journalists wanted to reach mainstream readers with science and technology stories, perhaps the best way to do this was via local and city news. As a result, and with few efforts, these stories by immigrant journalists could very well feature the more hard-core scientific topics.

Two more initiatives are worthwhile to mention in this context.

The first one is that newcomers zero in on the method, which the World Federation of Science Journalists WFSJ very 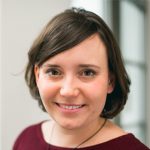 successfully has applied in Africa by creating tandems between locals and experienced journalists in other countries. This is also being applied successfully by Newscomer.de. However, “not to science journalism so far,” said the website cofounder, Jessica Schober, who is specialized in local journalism. She has worked at numerous local newspapers all over Germany. Jessica teams up with other founders like Thaer Abughoush who has a Jordanian-Palestinian background and who has established a specialized news magazine in Germany for Arab refugees.

Last but not least, in this apparently flourishing market, we found a third foundation. Indeed, NeuLand (translated Virgin Soil) that produces an entire newspaper edited by immigrants and refugees. It was founded by German journalists, students, teachers, academicians.

This article aims to provide food for thought for the WFSJ’s affiliated member organizations and the World Federation itself to consider branching out into this field and to enrich it with scientific contents.

Rewarding Ugandan Reporters who Have Excelled in Reporting on Biotechnology