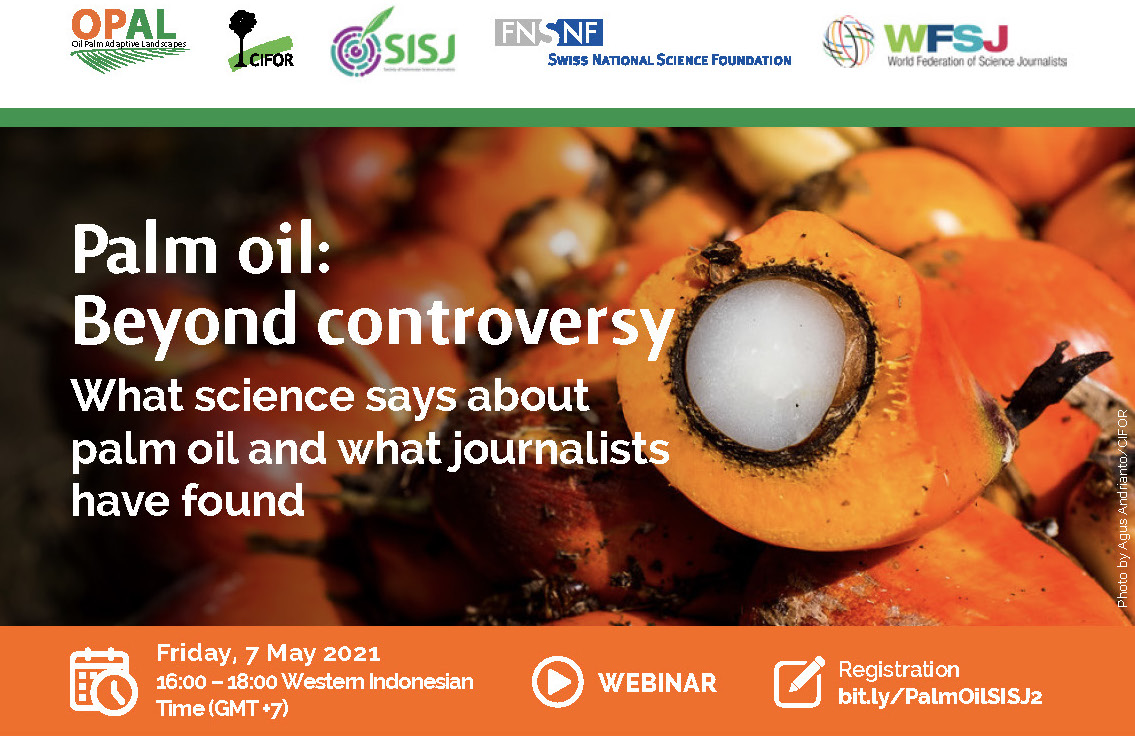 It’s in your food, your makeup, and maybe even your gas tank. And now, it’s making the news.

Oil palm remains hotly debated issue in national and international media. Particularly in Indonesia and Malaysia, as well parts of Africa and Latin America, this crop represents two sides of a coin. As an extremely efficient source of vegetable oil, it can make a major economic contribution, but its cultivation is linked to forest fires and environmental disasters. This challenge continues to grow complicated as millions of people now rely on palm oil to put food on their table every day. In recent years, there have been several initiatives to develop sustainable palm oil. An association called Roundtable on Sustainable Palm Oil (RSPO) and NGOs such as the World Wildlife Fund have been tried to motivate palm oil producers to limit their expansion into pristine forests. Other organizations such as Greenpeace have tried to educate consumers in order to ban the use of palm oil.

Such initiatives have been endorsed by environmental journalists around the world but more comprehensive, evidence-based reporting has been limited. In this context, The Society of Indonesian Science Journalists (SISJ), in collaboration with the Center of International Forestry Research (CIFOR), proudly presents the “Palm Oil: Beyond Controversy” webinar. With input from both scientists and journalists, this will be a discussion will go much further than the usual typical black and white portraits of this topic. Join us for a deep dive into the aspects of ecology, economy, governance, and of course journalism!

Building bridges across the north